The Chromecast revealed at the Android event in July is likely the response to the failed Nexus Q that debuted – but never launched – at Google I/O 2012. Emphasizing the streaming feature and shrinking the physical device from a sphere to a small dongle makes a lot more sense.

Finally receiving the Chromecast a month after its release, I tried it at two locations. Ultimately, I found the device and its software to be really interesting, as long as you’ve got a good network connection. 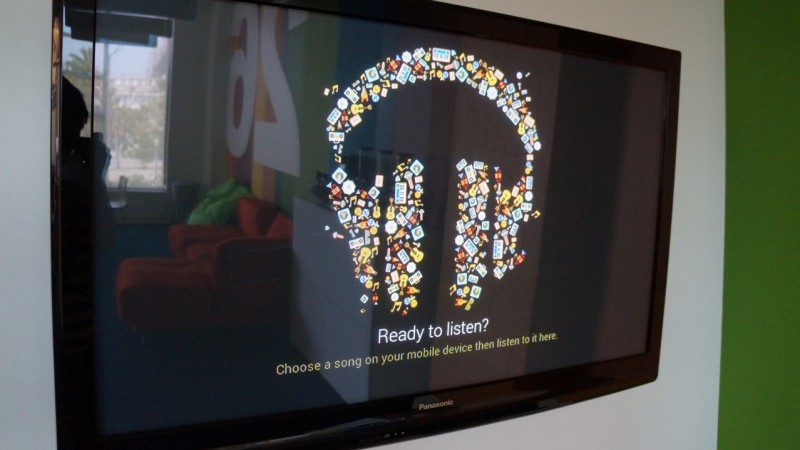 The great thing about the Chromecast is that setup is simple and quick. As long as you have the Chromecast app or extension, authorizing on a wireless network takes about five minutes.

But does it work well? 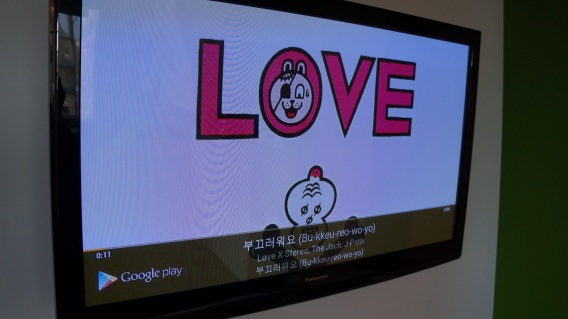 Streaming content to the Chromecast is easy. On Android devices, supported apps have a small Chromecast icon that allows you to push to the device for streaming over the television. The images on screen looked great and playback of Prometheus from Google Play Movies & TV rendered perfectly on a 720p HDTV at home.

Google Play Music also had no issues, though the cast image is pretty bare with only the album cover and track information displayed. 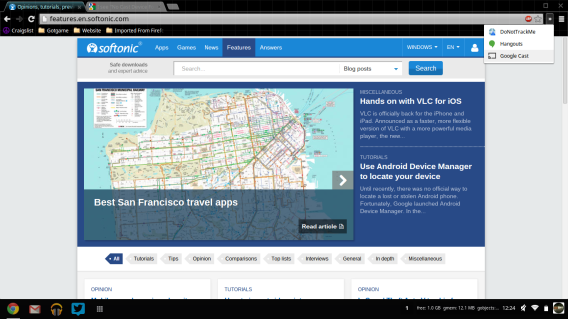 The Google Cast extension lets you mirror tabs in the Chrome browser on the screen. I came across one small issue with different screen resolutions – casting a tab from Chrome in the Chrome OS to a 1080p HDTV resulted in a pixelated image. It was still readable, but the crispness of the HDTV showed a magnified lower resolution. 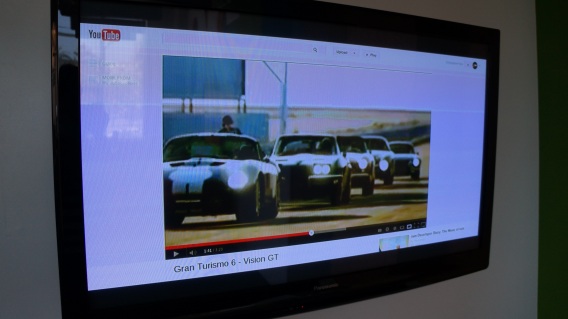 Playing a video from YouTube works, but an unstable network caused lag between commands in Chrome to the mirrored tab on the TV. 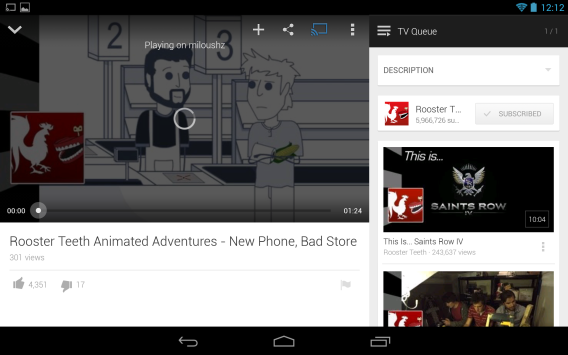 Casting from the Chrome browser is always going to be limited by your network. Testing a small 15 second video played through Google Drive‘s web interface never fully loaded on the wireless network in work. If you have a congested wireless network, don’t expect good performance.

Lots of additional, unofficial Chromecast features have been discovered. One of these is pushing local files from the Chrome browser through Google Cast to the TV.

If you are casting from Chrome, you can drag and drop video files into the browser to stream them. Again, your wireless network will affect quality, but it’s possible to play different video formats from Chrome to Chromecast. The best-known format that won’t play is native Apple video.

But consider the file that you’re going to play. A rip of a Blu-ray is probably not going to stream well with all the data the file holds. Most file formats should have no problem, though there may be a sync issue in the beginning that should resolve itself. The main issue will probably revolve around buffering large video files from the laptop.

Koushik Dutta released an Android APK called AirCast that lets you stream content from the local Gallery, Dropbox, and Google Drive. He reverse-engineered the Chromecast protocols so other content could be accessed. 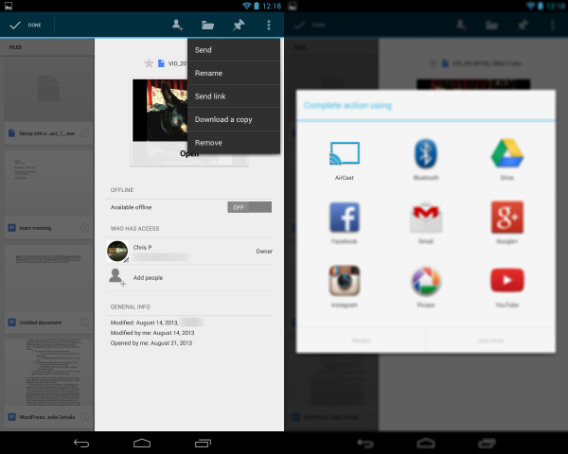 I tried using the apk on a Nexus 7, but could never get the app to push video stored on Google Drive to play through Chromecast. The app is still in development and the current APK is designed to self-destruct after two days. Google updated the Chromecast to disable local file casting with its latest update, but there are signs that casting local content will happen in the future.

A lot of Android developers are exploring the potential of the Chromecast for streaming media and I’m sure that, as well as improving support, Google will expand the device’s uses in the future.

The Chromecast is an interesting device and paired service. The low cost of entry makes giving it a try really easy, if you’re patient enough to get one. Even with limited support for apps right now, the fact that Netflix is supported makes it easier to play video than using another standalone device connected to the TV. 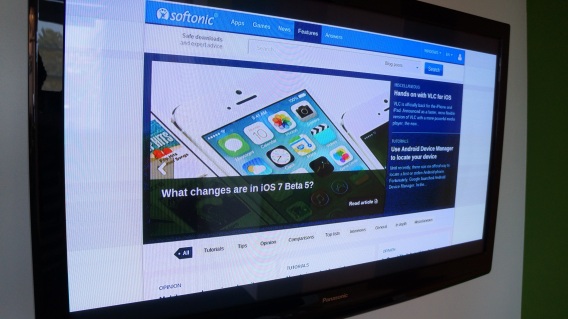 The inclusion of Google Play Movies & TV is appreciated, but its ecosystem isn’t that strong. Google Play Music’s streaming option is nice, but the user interface through the Chromecast is very minimal and needs options like visualizations to make it more attractive.

As the replacement for the Nexus Q, Chromecast is the superior option and if Google continues to update the device with more supported apps, like casting games, it could eventually replace Google TV.

The unofficial uses of Chromecast display the potential of the device and it’s likely that even more creative uses will be discovered by the development community. We can’t wait to see them.

If you liked this article then you'll love our newsletter!

Join us to receive hilarious memes, photo galleries, tips&tricks, and the best games!

Photowall Chromecast app lets you share photos on your TV